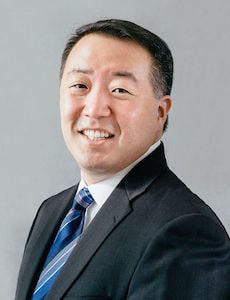 Kevin Hahn, a founding partner of Hahn Attorneys, LLP, graduated from the University of California at Los Angeles in 1998 with a Bachelor of Arts in Political Science. Mr. Hahn received his Juris Doctorate from Chapman University School of Law in 2003 where he was a two-time recipient of the Provost Academic Scholarship.

Prior to establishing Hahn Attorneys, LLP, Mr. Hahn worked as a senior associate with a bankruptcy law firm. He represented bankruptcy panel trustees in Riverside, Orange and Los Angeles counties. As counsel for chapter 7 trustees, Mr. Hahn has pursued the recovery of various types of assets, secured turnover of assets, objected to improperly claimed exemptions, and negotiated and assisted with the sale of real property in complex real estate cases. He has successfully litigated adversary actions to avoid transfers, settle title disputes and deny discharges for debtors under 11 U.S.C. § 727. Mr. Hahn has also successfully represented creditors and financial institutions in bankruptcy cases throughout California, Nevada and Arizona.

Currently, Mr. Hahn primarily represents debtors in bankruptcy. He is well versed in filing Chapter 7, 11 and 13 bankruptcy petitions and has helped many debtors receive their discharge while protecting their assets. His experience in representing bankruptcy trustees and creditors makes him a more effective advocate for debtors.

Mr. Hahn has also successfully litigated many personal injury claims and has negotiated good settlements for his clients. His litigation experience and negotiation skills allow him to secure the best settlements that insurance companies will offer.

Contact Us
Practice Areas
Client Reviews
★★★★★
"Caroline is an excellent attorney! In my first meeting with her, I knew she would do a good job. She has excellent communication skills and is fair, honest, courteous and considerate... I am very grateful for how she fought for me and how she shared excellent points to help prove my innocence. She laid out a thorough closing argument leading to a quick NOT GUILTY conclusion by the jury... I will forever be grateful for her services." R.L.
★★★★★
"Thank you so much, Caroline! I am sober and working a 12 step program in AA. You are awesome and I appreciate all your help." T.D.
★★★★★
"If you are looking for an attorney, who is smart, tough, but also understanding, don't hesitate to hire Caroline. Thank you, Caroline!" H.B.
View More
Submit a Law Firm Client Review